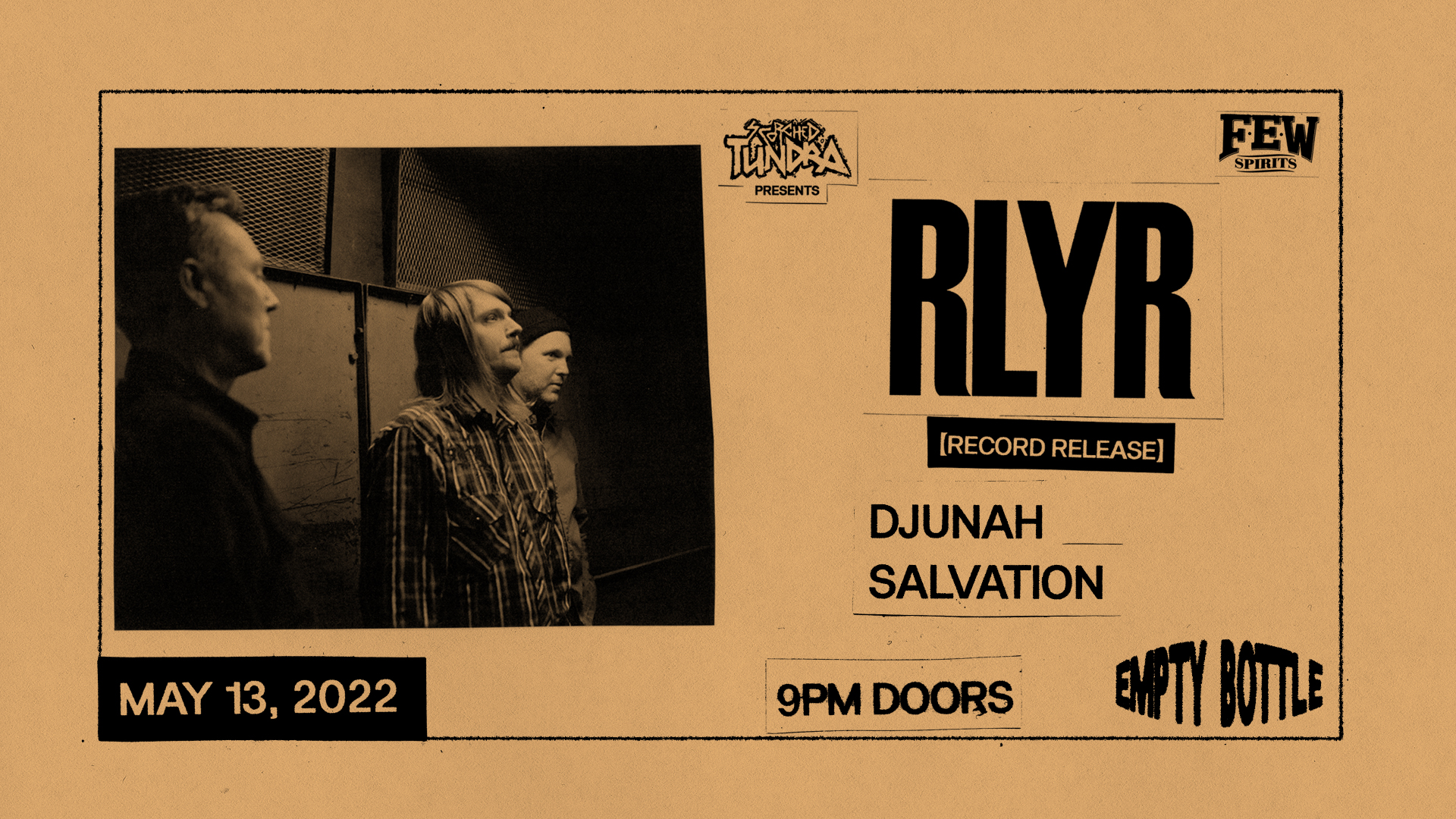 On Friday May 13th Scorched Tundra will host Chicago’s own RLYR for its record release party at The Empty Bottle. The band’s self-titled third album will be released that same day via Gilead Media and ticket holders will be treated to a special performance highlighting never before performed material and with a high level of energy that characterizes RLYR‘s live show. Support will come from Djunah and Salvation. Grab tickets to the show HERE. RLYR is streaming in full on Invisible Oranges. 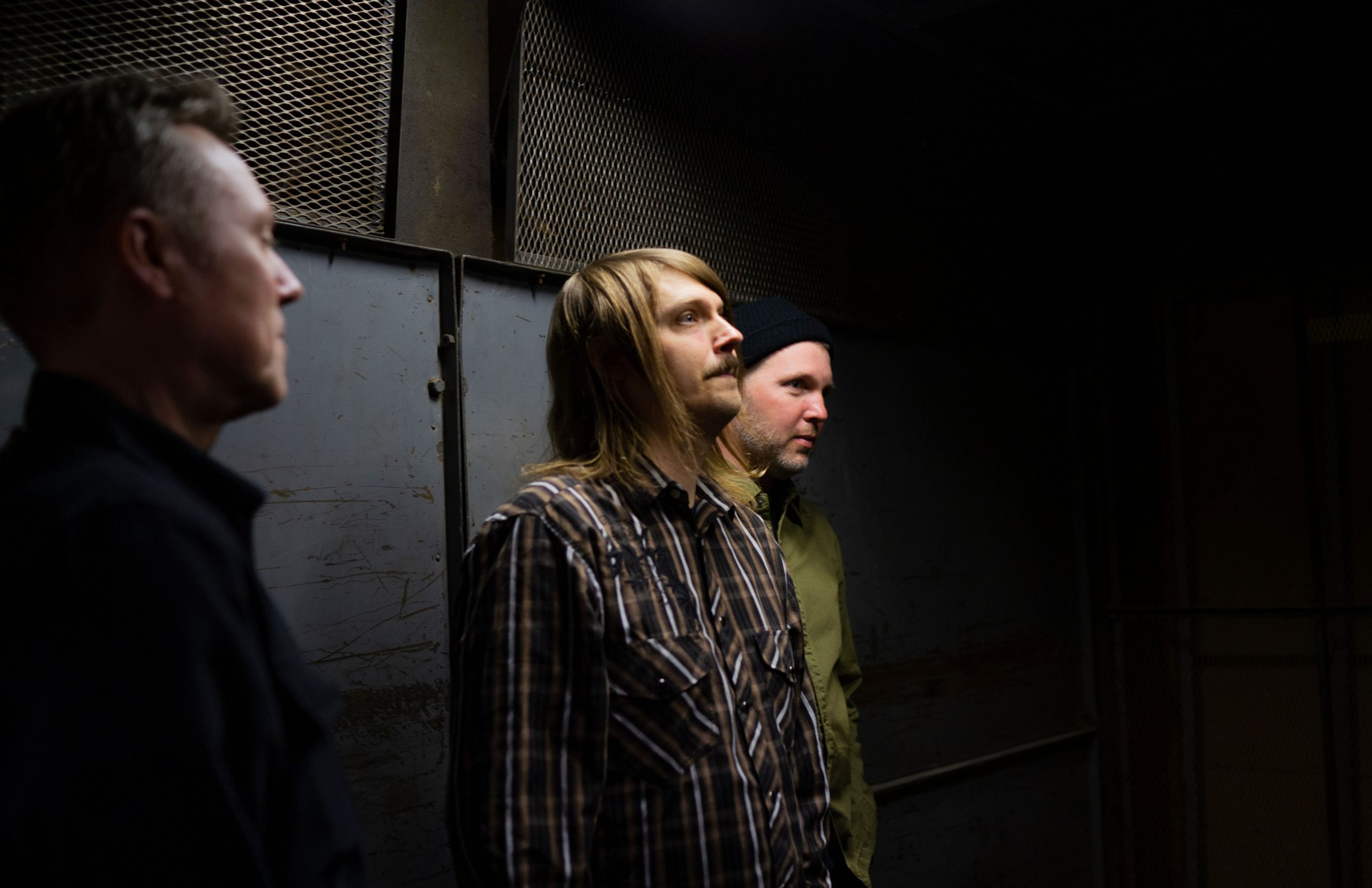 Chicago-based experimental rock trio RLYR (pronounced “Relayer”) have announced that their eponymous third album RLYR is set for release on May 13 via Gilead Media and shared their first new song in four years, the ebullient and propulsive “Wrack” [listen HERE]. The full-length marks a new peak in both songwriting and performance for the trio, which is comprised of some of the most venerated musicians in Chicago’s heavy music scene: Steven Hess (Locrian, Cleared), Colin DeKuiper (Bloodiest), and Trevor Shelley de Brauw (Pelican, Chord). From the progressive-post-thrash of album opener “Distructure” to the sweeping, slow-simmering psychedelia of closer “Codeine Horse,” RLYR’s five songs double down on the band’s trademark anthemics, humanizing their expansive song structures via a panoply of indelible melodies, expansive sonics, and intoxicating catharses, defying simple categorization at every turn.

Mostly written pre-pandemic (with some of the material debuting live as early as the tour behind their 2018 album Actual Existence), the band used the space afforded them to continue to refine the songs. “Once we lost the capacity to play shows, we decided to just bunker down and fine-tune everything,” states Shelley de Brauw. “For some of the songs it was a matter of continual refinement, whereas others, ‘Codeine Horse’ for example, kept expanding and getting more exploratory. The extra time served us well in a lot of respects.” The album was brought to life by engineer Sanford Parker in sessions throughout 2021, recording the album at Chicago’s legendary Electrical Audio and mixing in his own Hypercube Music Studio. Read more via Chicago Reader. 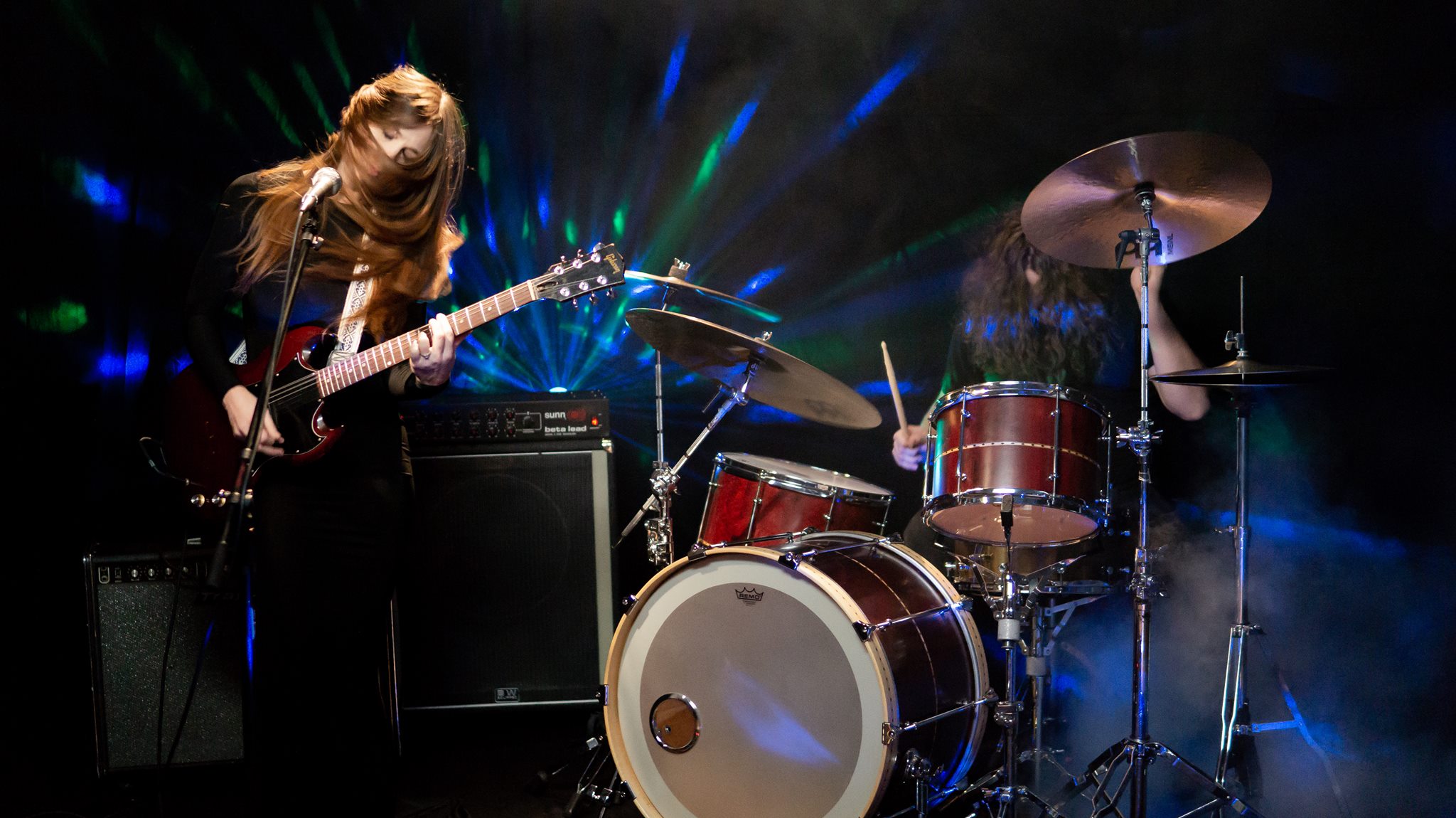 Chicago-based Djunah spotlights the talents of former Beat Drun Juel frontwoman Donna Diane, who pulls triple duty in the band—simultaneously playing guitar, singing, and pulverizing a Moog bass organ with her feet. Drawing a broad range of comparisons from Diamanda Galas to The Melvins, Djunah (pronounced “JUNE-uh”) pairs Diane’s powerful, unrestrained vocal style with heavy guitars and punishing drums courtesy of Jared Karns (Their / They’re / There, Hidden Hospitals). Their debut album Ex Voto was recorded by Kurt Ballou (Converge) at God City and released in 2019. The band recently recorded new material for a second full length – again with Ballou. Check them out ahead of the show.

Riddled in rapture and delirium, SALVATION will kick off the evening with debauchery and punk exaltation. The band’s latest full length, Year Of The Fly, (Forge Again Records) was recorded at Electrical Audio with tried-and-true engineer Mike Lust behind the board and packs all the hard-driving, distortion-fueled noise your heart desires. You’re gonna like what you hear — we guarantee it. Check’em out.