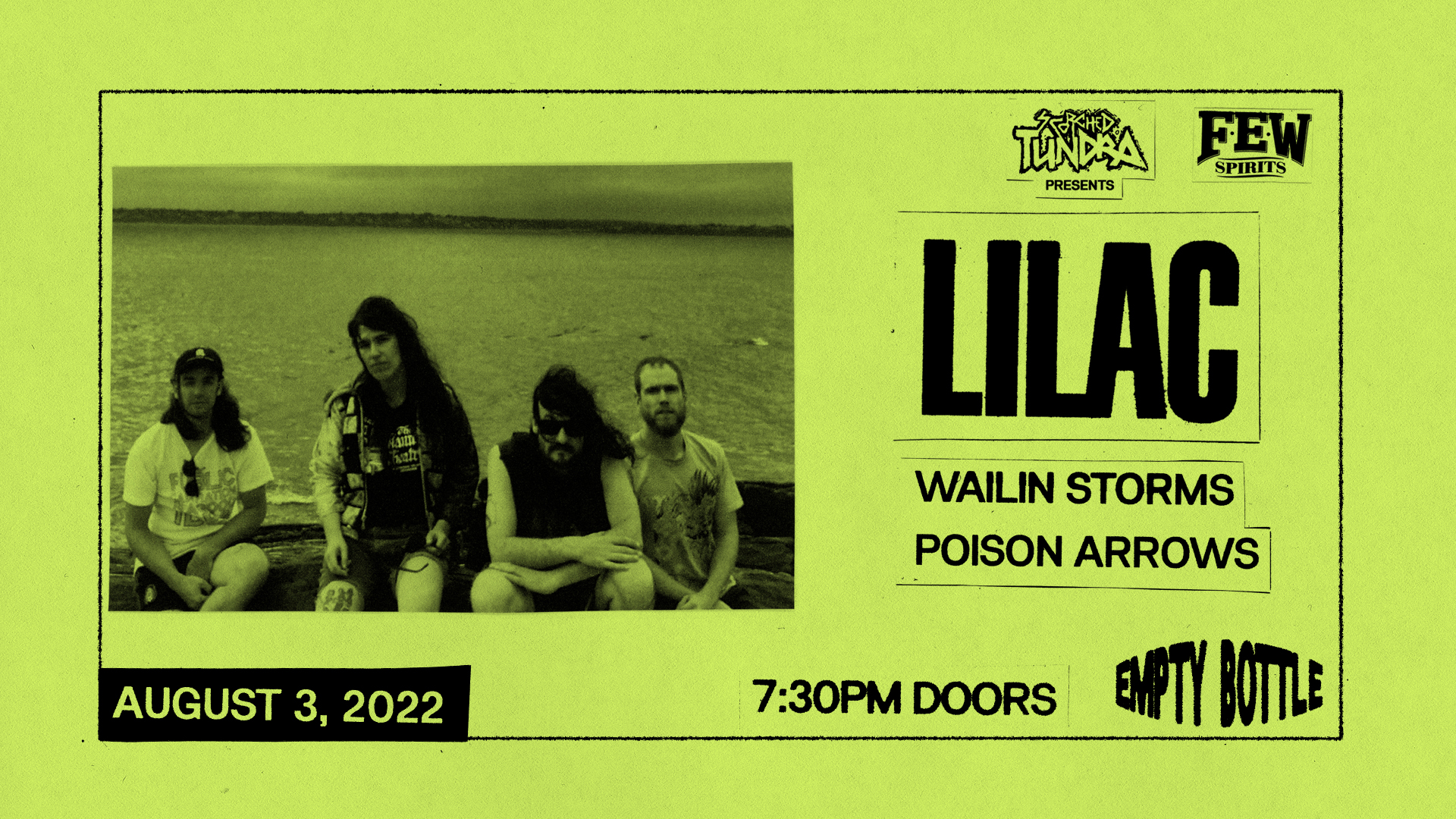 Scorched Tundra will be hosting Lilac, Wailin Storms and Poison Arrows at The Empty Bottle on 8/3. Grab tickets HERE.

Lilac was formed in 2016 by  ex members of Coughs, Anatomy of Habit and Witch Hat. They play heavy, ugly noise rock.

Fuzzed-out, hypnotic guitars fused with angst and laced with overdriven microdoses of moody and psychedelic dreamscapes play out like a binge-worthy, cinematic obsession. Justin Storms’ serpentining and seductively poetic vocals lure you into a fever dream of vestiges laced with bittersweet, alluring danger. Fueled by the grit and dust of the American South, WAILIN STORMS reveals ghost-story-like confessions of mysticism, folklore, and survival. Check out the full tour announcement on Brooklyn Vegan. 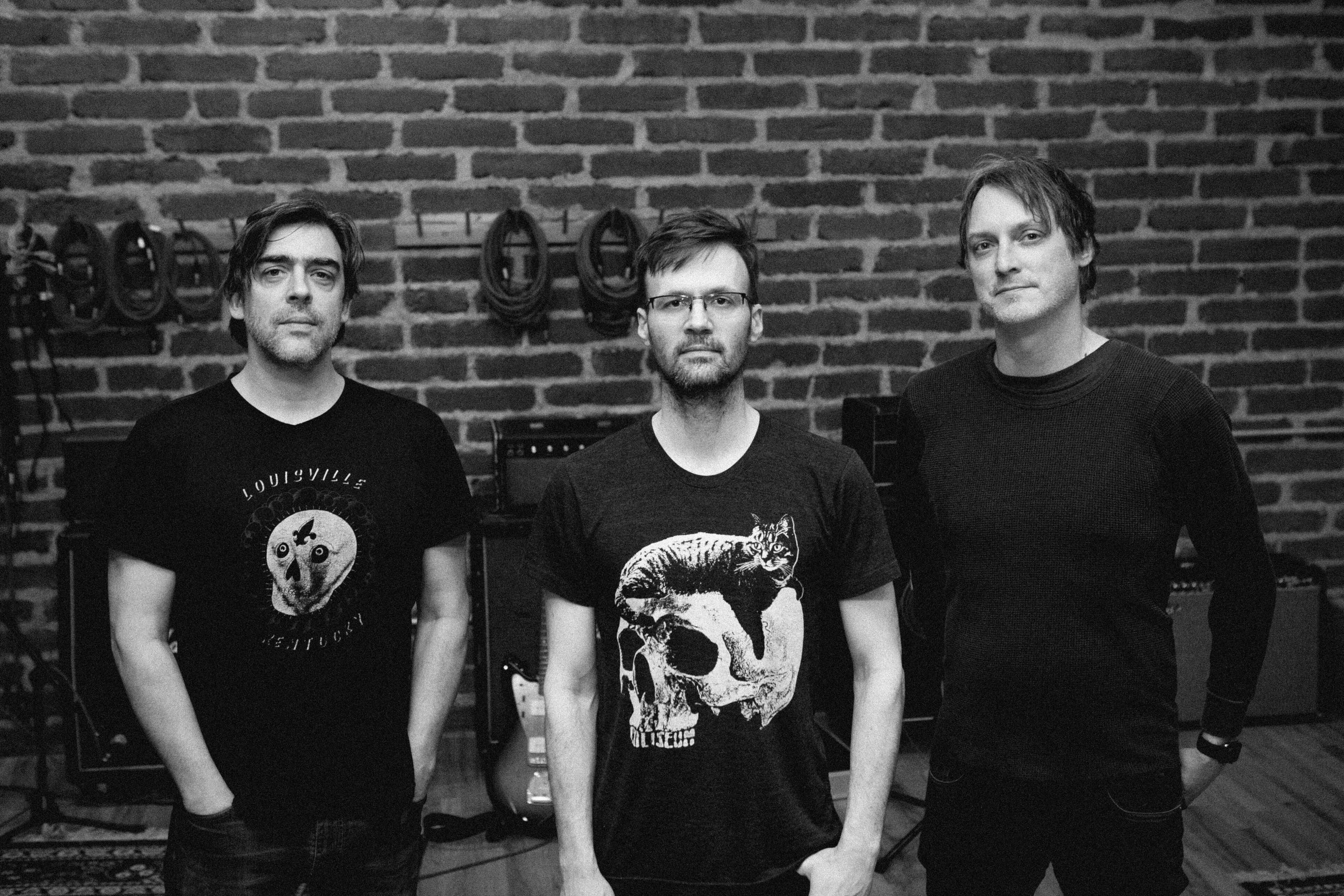 Chicago’s The Poison Arrows’ 4th album War Regards was released on February 25, 2022 . Originally slated for release in 2020, War Regards was recorded with Greg Norman at Electrical Audio Studio A in three days. Justin recorded the rest of his vocals at his house. Brian Deck mixed the album at his Narwhal Music Studios in two days. The album (and first track) is named after someone emailing Justin and accidentally signing it ‘War Regards’ instead of ‘Warm Regards.’ The band found that to be hilarious and fitting in today’s tumultuous times. Despite being in a lot of bands for the last 30 years, neither bassist Patrick Morris, drummer Adam Reach, nor guitarist/vocalist Justin Sinkovich has ever recorded a 4th album with any of their other bands. War Regards is true to the The Poison Arrows recognizable form, yet is their most laser focused album to date. The song structures are succinct, and the recordings get to the point with very few extra overdubs besides a few percussion accents, and a quickly recorded second guitar to balance the left and right sides throughout the album. Rapper Sterling Hayes of Chicago’s SaveMoney (Chance the Rapper, Vic Mensa, Joey Purp) provides guest vocals on “We Are Collateral.” Sterling Hayes and The Poison Arrows had been seen performing this track and others live around Chicago in 2020. Listen to War Regards:

Prior to The Poison Arrows getting back in to playing this past year , Adam and Justin started a new project called Forever Era with Yukio Murata from My Way My Love from Tokyo, Japan. They have an album coming out in 2022. In October 2021, The Poison Arrows also released an EP called ‘I Can’t Quite Get Organized’ featuring one new song and four remixes by Jason Noble (Shipping News, Rachels), Nyles Lannon (Film School), Jason Novak (Acucrack, Cocksure, Cold Waves Festival), and Brother El . The EP is something they put together while waiting to release this album. 2017’s No Known Note received a great deal of critical praise and the band has been active since its release with their first European tour, and shows in the US with bands like June of 44, Drahla, The Messthetics, Film School, Savak, and their practice space mates FACS and Matchess . All three members of The Poison Arrows also collaborated on a second Acquaintances 8 1/2 Lives album which also featured Jered Gummere of the Ponys and Richard Vain, Stephen Schmidt of Chino Horde and Thumbnail, as well as Chris Wilson of Titus Andronicus, Ted Leo Pharmacists, and Hammered Hulls.

“These new songs boast a heavy rhythmic undercurrent and a brooding disposition recalling the indie rock and post-hardcore sounds that ruled the Midwest in the ’90s… All the camaraderie finds the Poison Arrows sounding revitalized, bursting with electricity even when their snaky compositions veer toward the shadows.” Stereogum.