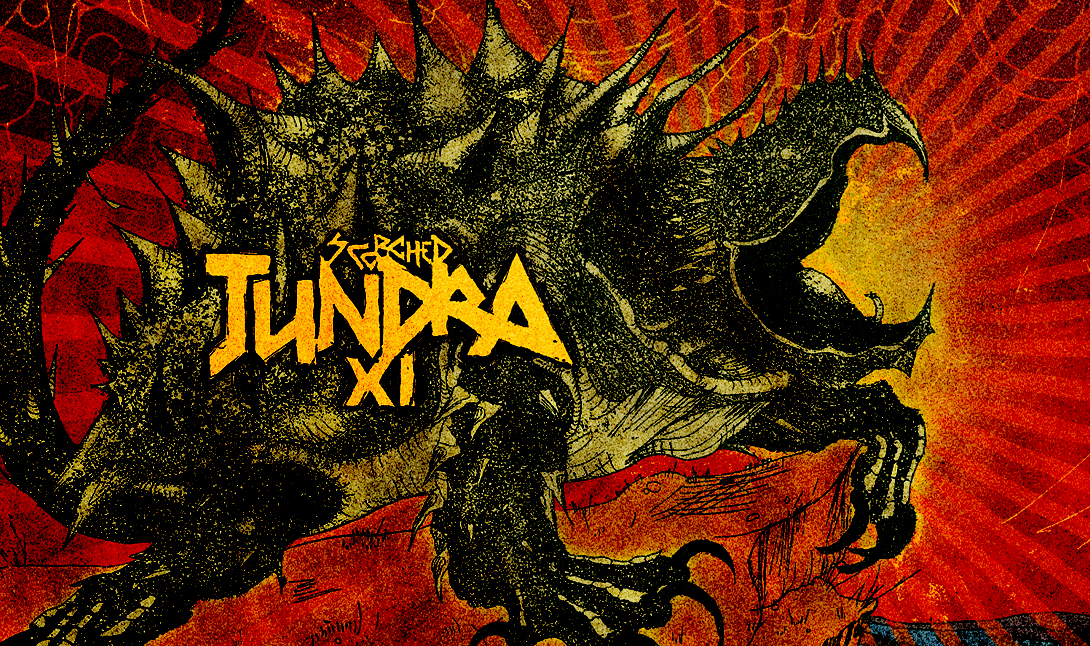 Scorched Tundra XI – which will feature Eyehategod, Black Cobra, Cloud Rat, Aseethe, Varaha, Luggage and Hitter on 8/30 & 8/31 at The Empty Bottle – is a month away.  If you haven’t picked up tickets for the eleventh edition yet, be sure to do so HERE.

Musically this years lineup showcases the strength and diversity of Chicago and the midwests’ heavy music scene, along with unique performances from Eyehategod (headliners of ST IX in Göteborg) and Black Cobra (first performance in Chicago in three years).  Attendees have tons of new music to look forward to: Michigan’s finest in grindcore Cloud Rat will be releasing a new album Pollinator on 9/13 (listen to the lead single “Webspinner”).  Varaha‘s Prosthetic Records debut A Passage For Lost Years was met with critical acclaim upon release in April and Aseethe‘s sophomore effort Throes also made a splash in the doom/sludge in May when released via Thrill Jockey.  Chicago’s own Luggage (read more about them from Noisey) and scuzz-metal supergroup Hitter have taken the underground by storm recently (featuring members of Meat Wave, Lil Tits, Foul Tips and Lifestyles).  Scorched Tundra’s eleventh edition firmly shows the philosophy of never having a foot planted in any specific subgenre of metal or heavy music – rather seeking to build new audiences by showcasing the unique sound of each artist.

More details to come regarding food and beverage collaborations.