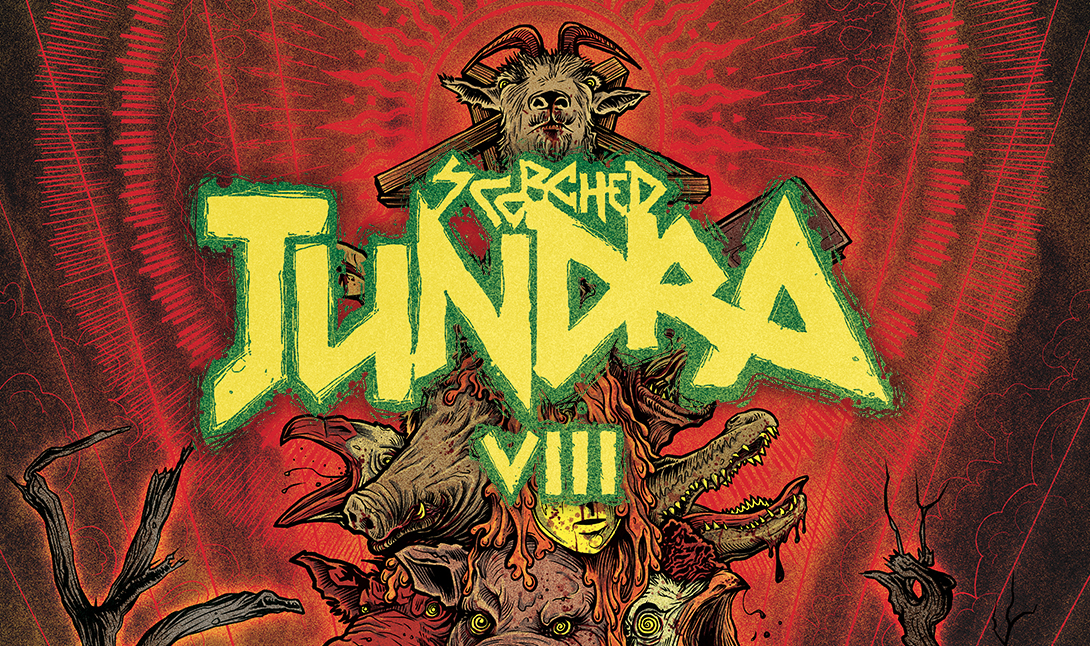 The eighth edition of Scorched Tundra kicks off tonight at The Empty Bottle.  This is the most expansive and diverse edition to date, taking place over three days with ten bands from across the country participating. Don’t have tickets? Order them here.

We’ve pulled out all the stops and extended our collaborative approach to include even more of Chicago, with the Scorched Tundra burger available at all Chicagoland Kuma’s Corner locations this month, and the Scorched Tundra VIII IPA brewed in conjunction with Pipeworks Brewing.  The Kuma’s Burger has been such a hit this month that it will be served at Bite Café during the festival, 9/1 – 9/3, while Pipeworks will take over all the taps of The Empty Bottle all weekend.

Get a taste of what’s to come on this Spotify Playlist, which also includes music from artists that have played Scorched Tundra I-VII in Gothenburg and Chicago.