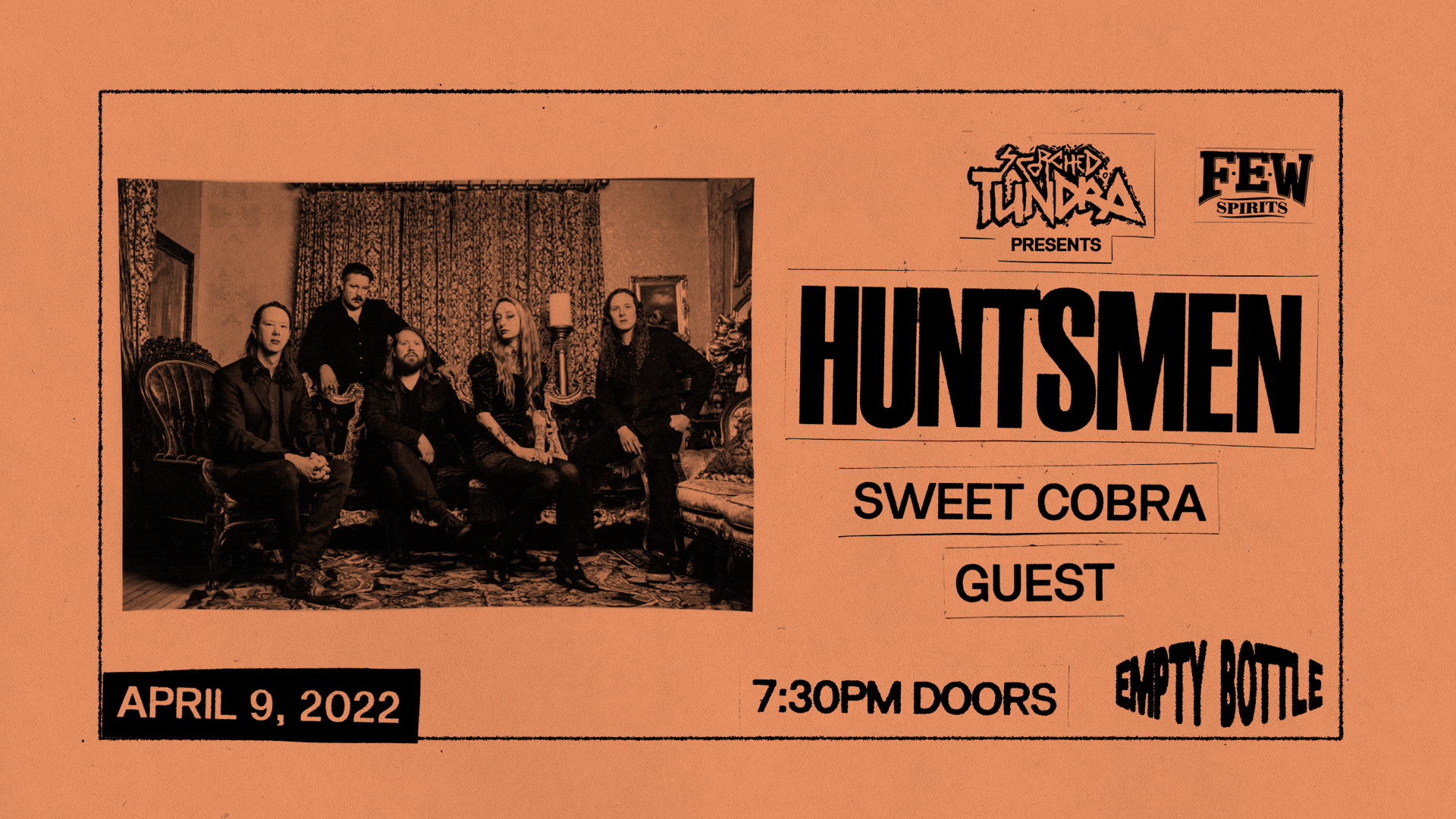 Huntsmen will premier its upcoming EP The Dying Pines – which will be released on April 22nd via Prosthetic Records – at this one-off show. Speaking on the announcement of The Dying Pines and the latest reissue of American Scrap, the band comments:

“The past couple of years have been a challenge for everyone across the board, with such uncertainty and considerable loss, we all had a chance to reflect on the past and were able to draw creative inspiration from it. Such themes are present in a lot of our songwriting and are an echo of what is in front of us.”

The hiatus from regular band activity saw Huntsmen return to their roots as a band, writing on an acoustic guitar and leaning into the narrative storytelling found on their debut full length, American Scrap. An invitation from Roadburn festival in the Netherlands to perform American Scrap in full at the 2022 edition of the festival gave them cause to revisit the songs that saw the band strike out with an Americana-metal sound that has been woven throughout their body of work.

A collaborative approach to the songwriting has lent itself well to blending the strengths of the individual band members, as well as allowing space for threads of their own personal stories to to make their way into the sonic tapestry of new tracks, The Dying Pines and Let The Buried Lie Forgotten. The rich instrumental layering and warm vocal harmonies are a vessel for conveying bleak themes of loss and existentialist contemplation. Once again, the evocative cover artwork has been created by drummer, Ray Knipe, complementing the organic sound of the EP, which was recorded at Electrical Audio/Hypercube studios by Sanford Parker, and mastered by Collin Jordan (The Boiler Room).

Elements of the post-apocalyptic vibe of Mandala of Fear find their way into this new EP, but The Dying Pines sits outside of the story arc present on the band’s full lengths – a vignette that lets us know the heart of this band still beats strong, and offers a hint of what’s still to come.