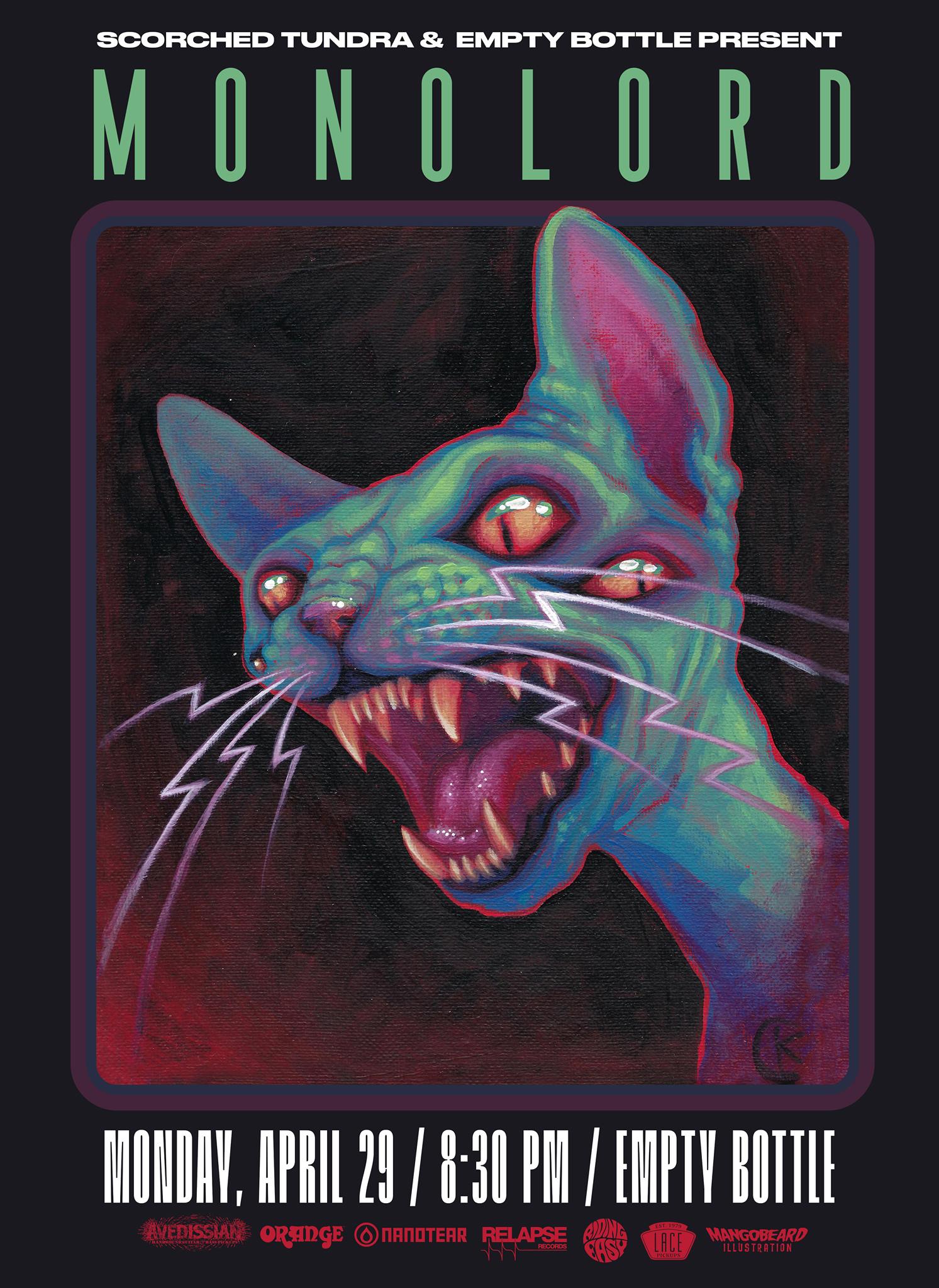 Scorched Tundra is proud to announce MONOLORD will return on 4/29/19 to devastate Chicago once again at The Empty Bottle. The Swedish doom trio has been a regular fixture at Scorched Tundra editions both in Gothenburg and Chicago, having performed four times since 2014.  Support for the band’s return in April will be announced in the coming weeks, but be assured the evening will be a well-curated affair.

This event represents a new chapter in the history of Scorched Tundra.  As this festival grows and evolves it gravitates towards like-minded partners with the short and long term in mind.  This continuing partnership with The Empty Bottle ensures that we can work together to bring in the greatest in underground talent frequently throughout the year.

In 2013, MONOLORD first emerged from their native Gothenburg, Sweden behind an impenetrable wall of distortion and spell-binding vocals. The outside world took notice in a big way as the trio of Thomas V Jäger [Vocals, Guitars], Esben Williams [Drums], and Mika Häkki [Bass] garnered a flurry critical acclaim for their RidingEasy Records debut, Empress Rising, a year later. “From day one, it’s always been our aim to build a massive wall of rumbling sound,” declares Jäger. “That’s our common goal. We’re the exact opposite of a band consisting of members with identical record collections. We come from three fairly different places, but we’re all drawn to dark, heavy, and gritty music. What we do in MONOLORD is the result of that creative conflict between us—that’s conflict in the word’s positive sense.” Ultimately, MONOLORD offers shelter from some of that darkness. “I hope we can be an outlet to the massive and destructive stupidity surrounding us all,” Jäger concludes. “This band is our safety valve. We hope the same goes for our fans.”